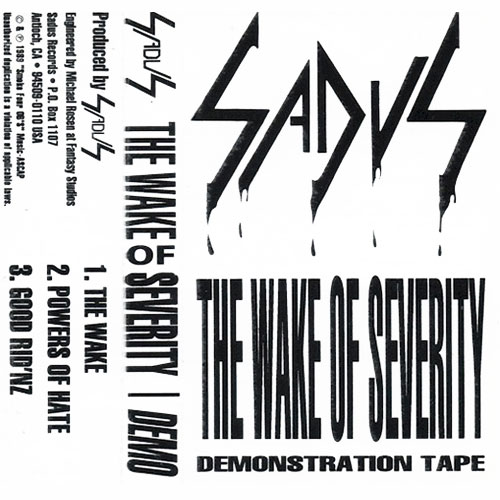 The Wake of Severity

Demo Tape recorded prior to "Swallowed in Black", with this tape the band wasfinally signed to Roadrunner, being their first effort for this label theofficial re-release of their debut album "Illusions" with a new monicker("Chemical Exposure"), remastered and including new art work (the label dislikedthe original one