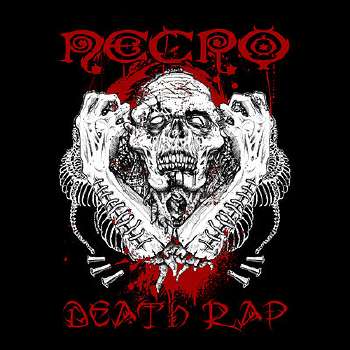 Appearing as guest at song: 'Suffocated to Death by God's Shadow'

Death Rap is the fifth studio album by American hip hop musician Necro, released on September 11, 2007 by Psycho+Logical-Records through Koch Distribution. It was the first studio album Necro released since signing with Koch in July 2007.As the title suggests, the album is Necro's return to emphasis on gore and violence, rather than sex, such as in his 2005 album The Sexorcist. Pre-orders of the album were shipped with a limited edition bonus DVD that contained an unreleased music video and six live performances.