The Best of 2017 by Rock Meeting Digital Magazine

The Brazilian Digital Magazine - Rock Meeting conducted on it's #100 edition an article based on THE BEST OF 2017, this prize was elected by photographers who attend concerts in Brazil during the entire year of 2017 and shared their BEST OF 2017 moments and experiences. The Brazilian photographer Marta Ayora selected for her BEST OF 2017 momentum: 'The mighty Testament' concert as she said and Steve Di Giorgio as 'one of the most photogenic and expressive in the band' on her words. All the magazine is in Portuguese but here is what Marta said about her experience:
Marta: 'When i started to photograph concerts, i used to hate fog, was just a pure fear about not being able to deliver good pictures. With the course of time, i started to calm down myself, understanding that the fog is common process on gigs and slowly learning how to use it in my favor. In middle of low light and lot's of fog, i've photographed one of the most relevants bands in the thrash metal scenario of all time: The mighty Testament! I never had saw them live and i can say that is an incredible gig, once of the best in 2017, very restless and who photographs end up contagious with it's energy. Between the green light and the fog, appears one of the most photogenic and expressive in the band: the Bass player Steve Di Giorgio. A sort of post-modern viking, very charismatic, someone who between tons of presence on the stage, destroys on the bass and interacts with the crowd doing some amazing poses. Time is over! 3 songs done, was so quick and now what's left for us is check what was done. And the best part? Was saw Steve itself liking and reposting the picture. The recognition from the artist for our work brings an unmeasurable happiness' 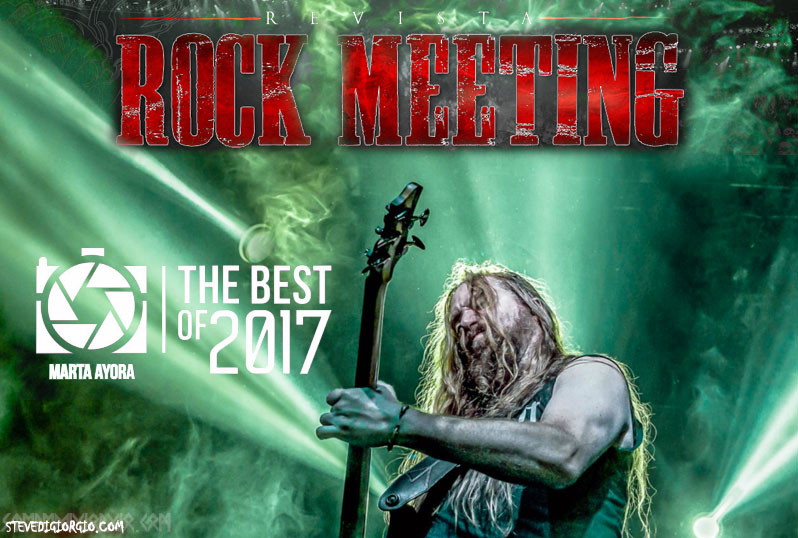