Frontiers Music Srl. has signed a handful of American metal musicians to collaborate on a new musical project. The songs that will comprise the first album are being composed by guitarist Chris Caffery (Savatage, Trans-Siberian Orchestra) and vocalist Tim 'Ripper' Owens (Judas Priest, Iced Earth, Charred Walls of the Damned). Enlisted to help with the writing and to produce the entire venture, including recording & mixing is Roy Z Ramirez (Bruce Dickinson, Halford). Filling in the lineup is the powerhouse rhythm section of bassist Steve Di Giorgio (Testament, Death, Sebastian Bach, Charred Walls of the Damned) and drummer Mark Zonder (Fates Warning, Warlord, Graham Bonnet).

The Italian based Frontiers record company that has released many melodic hard rock and progressive metal albums not only initiated this 'super group', but also stands behind other collaborative projects that have seen success under this label as well. Respectful of each band member's heavy touring schedule within their own respective bands, there is no set completion time or release date yet. But the writing has already begun and song ideas are being exchanged throughout the team.

With undertones of Savatage and Judas Priest type sounds being whispered about, and the caliber of musicianship aboard...this is definitely something fans of good music will want to get a hold of! 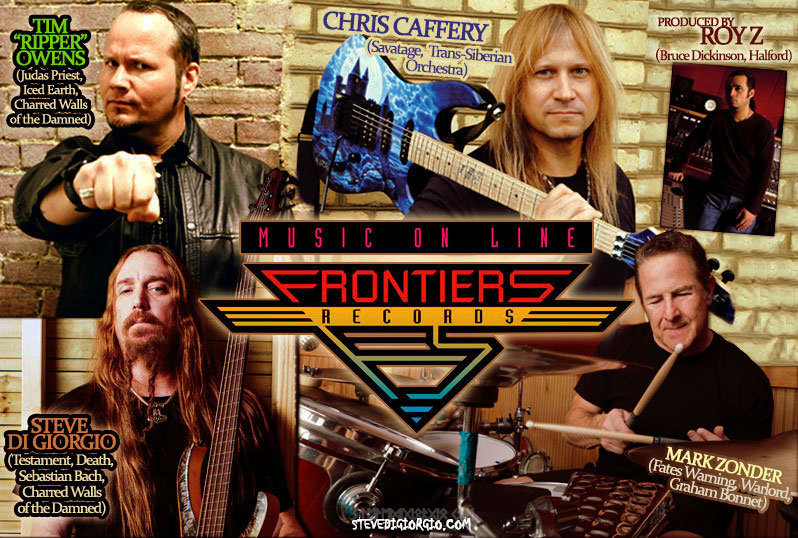