Listen to "The Soulless" from the new album "Creatures Watching Over the Dead" now at http://www.metalblade.com/cwotd. #metalblade The album will be released September 23 via Metal Blade Records!

Here's the full press release:
Charred Walls Of The Damned - the brainchild of former Death/Iced Earth drummer Richard Christy - will release their third full-length, Creatures Watching Over The Dead, on September 23rd via Metal Blade Records. Today, the band has released the first single from the album, entitled "The Soulless". This blistering track can be heard now at: metalblade.com/cwotd - where the record is also available for pre-order in various formats. 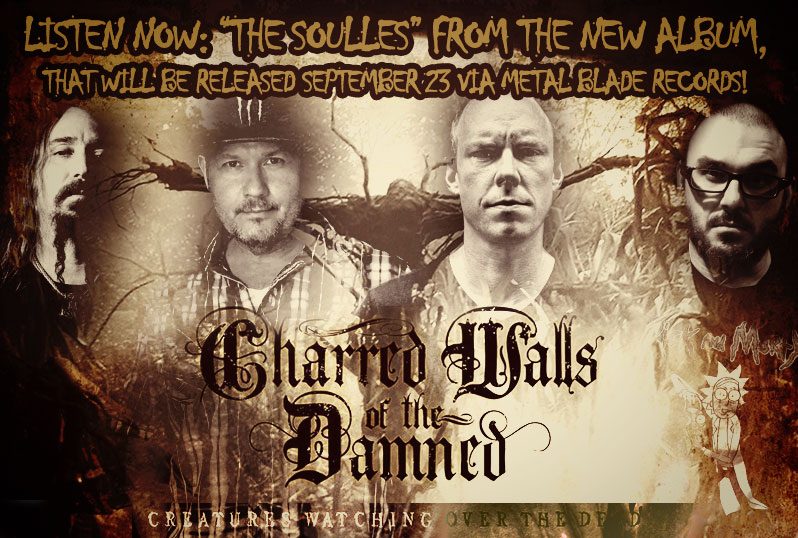